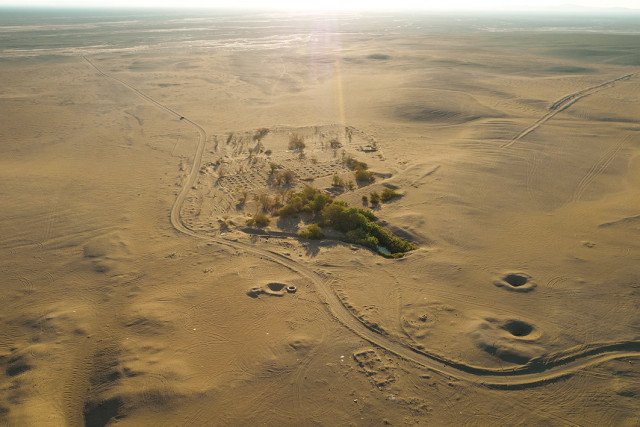 Fig. 1. Water and life emerge out of a socavón in one of the driest deserts on Earth. Cones correspond to ventilation wells. ©Fundación Carpe Science. 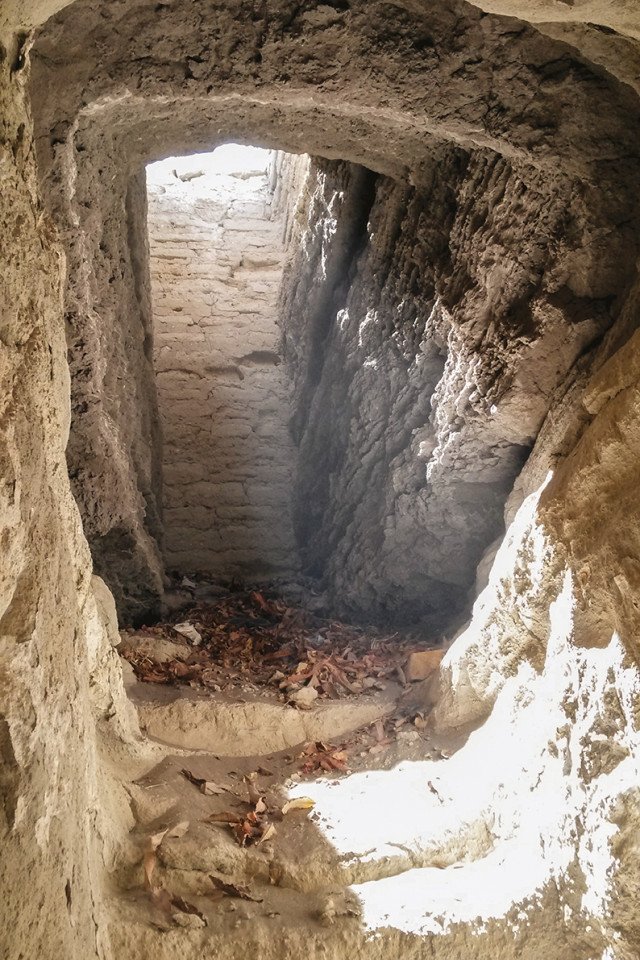 Fig. 2. Ventilation well (lumbrera). In Pica-Matilla, the lumbreras are not vertically aligned with the main gallery. © Fundación Carpe Science. 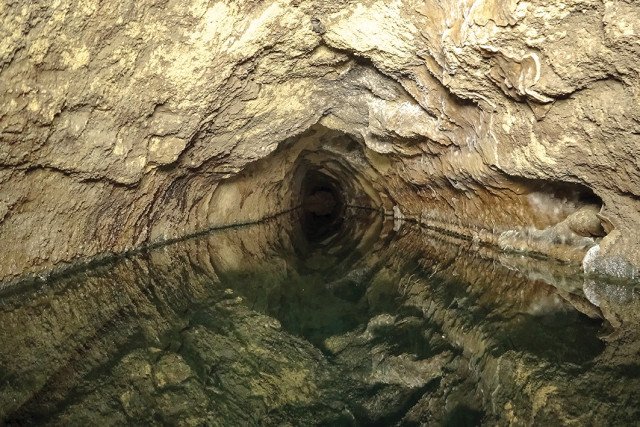 Fig. 3. The narrow gallery of San Isidro still with flowing water. However, due to the lowering of the aquifer level, today water does not reach the land surface. © Fundación Carpe Science. 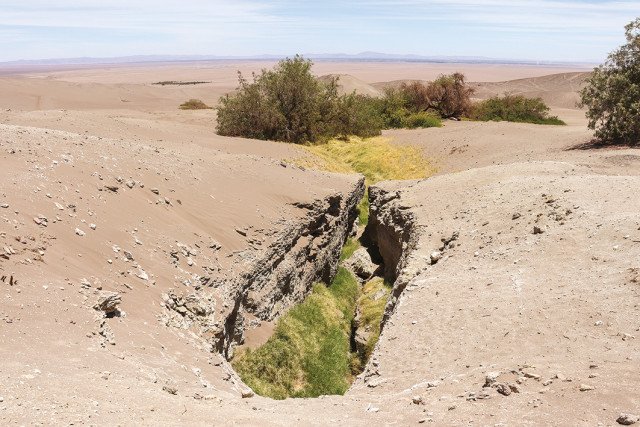 Fig. 4. Exit point of Santa Rosita. Despite being abandoned, sometimes water continues to flow out of the socavones and feeds vegetation in the desert. © Fundación Carpe Science.

The System of Socavónes in the Oasis of Pica-Matilla, Atacama Desert, Chile

A filtration gallery is a traditional water management system used to provide a reliable supply of water in arid and semi-arid climates. It consists of an underground and almost horizontal tunnel with vertical shaft wells, which tap and drain groundwater from the earth surface. Groundwater seeps into the wells and tunnels in the saturated part of the aquifer and flows downward by gravity, up to the exit point in order to supply water for domestic purpose and irrigate downslope lands.

The origin of the filtration galleries dates back to the 1st millenium BC in ancient Persia, now Iran. It then spread to other cultures, China to the east and North Africa to the west. When the Muslims conquered the Iberian Peninsula in the 8th century AD, they implemented these hydraulic works in all the peninsula. Later, the Spanish would take this technique to the American continent during the period of the conquest between the 16th and 17th centuries.

Pica-Matilla is an oasis located in the hyper-arid Atacama Desert, at the foothill of the Andean Cordillera, in the North of Chile. The filtration galleries of Pica (called socavones; singular: socavón) are the most southern known of the Latin American continent. Their origin goes back to the middle of the 17th century. They were built to irrigate the vineyards and boost the vine industry, influenced by the proximity to the mines of Potosí, where these galleries already existed. Indeed, the word socavón refers to an artificial underground gallery used for mining. (Figure 1)

The scholar Billinghurst mentioned 13 socavones in Pica and Matilla in his publication “The irrigation of Tarapacá” (1893) and also reported the discharge flow associated with each gallery. Bruggën, in 1918, mentioned 23 socavones and gave a basic description of their geology, groundwater origin, temperature and flow. He drew a basic location map, which was the only one in existence. In 2020, a survey identified 24 socavones and the total gallery length of 20 km (Lictevout et al.).

The location of Pica and Matilla socavones in one of the most arid areas on Earth, in a context of mines development, as well as their geological and hydrogeological settings, have influenced the construction patterns and main features of these draining galleries. The most southern Latin-American filtration galleries share many common features with the ones described in other parts of the world, but also represent a local development of the ones found in Spain and North Africa. One of the main differences is the shaft wells’ structure and the quasi absence of mother wells. (Figure 2)

Filtration galleries rely entirely on passive tapping of the available water by gravity. Consequently, the natural supply of water in a filtration gallery can never exceed groundwater recharge. For this reason, filtration galleries represent a truly sustainable and low-cost water supply system. However, in many countries they are today abandoned to the benefit of wasteful pumped wells and boreholes.

Recent exploration of the socavones showed that the galleries are in very good condition. Only a small number of them have suffered some collapse due to earthquakes, absence of maintenance and lowering of the water level. The most affected parts are the entrances and the lumbreras (vertical access shafts to the gallery). Only seven socavones are still in use, most of them for irrigation purposes and for local water supply. (Figure 3)

Today, two socavones are still managed traditionally by farmers' collective associations. Water is distributed among the farmers through a network of canals and strict regulations. However, in general the socavones of Pica area are falling into decay. Most are abandoned while groundwater extraction through shallow and deep wells increases, leading to groundwater drawdown and salinization. The owners of land with socavones, who used to enter in the galleries for their maintenance, nowadays do not dare to enter any more. (Figure 4)

Unfortunately, despite the high value of such an ancient groundwater heritage to face desertification and climate change, the socavones are neither protected nor valorized. They are slowly disappearing, both from memories and people’s interests and perceptions. While these systems are vanishing from local memories, the towns of Pica and Matilla developed on top of the socavones triggering problems of subsidence and sinkholes, thus threatening the existing structures and future rehabilitation.