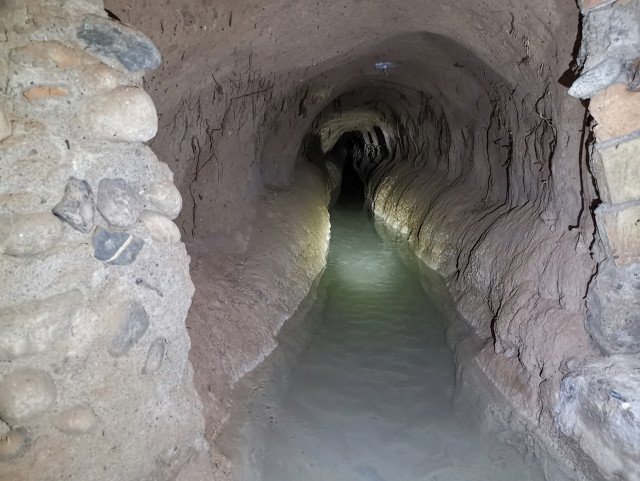 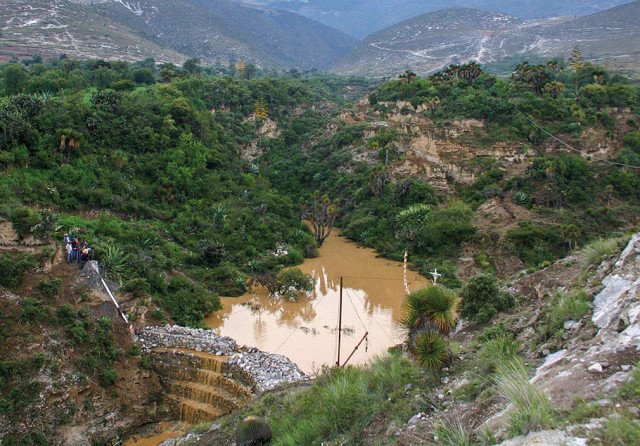 Indigenous Technology and the Tecuates of the Tehuacan Valley, Mexico

The famous Tehuacan-Cuicatlan Valley of Mesoamerica is an invaluable heritage of humanity. It’s the arid and semi-arid zone with one of the richest biodiversity in North America. The struggle for water is the predominant theme throughout the valley's history. Indeed, several hydraulic artefacts bear unique evidence of the constant adaptation of humans to this environment and also reflect their innovative capacity to face the adverse natural conditions of the region.

Around 5,800 BC, indigenous communities domesticated teosinte and created modern corn, accompanied by beans, amaranth, chili, tomatoes, avocado, and other crops that constitute the core of Mexican gastronomy. Early domestication of crops allowed for the emergence of agricultural settlements. Since the beginning of the 2nd millennium BC, rainwater harvesting was developed through a complex system of canals and dams. The most striking testimony is the Purron Dam complex – a 400 meters long dyke with an impounding capacity of 2.5 million cubic meters that operated for more than 1,900 years.

From the 9th century BC, inhabitants started to build more and more sophisticated canal networks to convey spring water to the terraced agricultural plots. With the continuous flow of water in the canals, the mineral component of the liquid element encrusted the irrigation ditches and created an impressive, fossilized structure called tecuates - a name derived from the Nahuatl ‘te-coatl’ (i.e. stone-snake), which refers to indigenous cosmovision linking water to fertility and genesis of life. The impressive archaeological remains of these canals are still visible today.

However, the communitarian water culture of tecuates was progressively disrupted by the Spanish colonist, who introduced an alternative hydraulic technology: that of galerìas filtrantes. Still today, local communities use the galerias filtrantes of Arab origins brought by the Spaniards. Thanks to this system, the terraced fields receive both rainwater and irrigation water from well-managed galerìas filtrantes. (Figure 1)

Indigenous communities built over the centuries a system of canals by raising, leveling, and compacting the soil. The adopted technique enabled to enrich and simultaneously deepen the soil of terraced farmlands, also preventing erosion. Successive dirt mounds and rock dams prevented surface run-off by temporarily accumulating rainwater and allowing the silt to sediment. Indeed, terraces facilitate water infiltration through the soil and recharge the groundwater table, which also feeds the roots of cacti and trees planted on the mounds. (Figure 2)

The entire water heritage of the Tehuacan Valley clearly illustrates the continuum paradigm of managing both surface and groundwater over millennia through a combination of different and refined hydro-technologies. Such heritage of ancestral know-how and techniques illustrates a contribution ante litteram to the sustainable water management targeted by the SDGs.

Because of the scarcity and importance of water, residents of the semi-arid Mixteca-Popoloca region developed, adopted, and adapted a wide variety of technologies during different historical periods. The various technologies introduced in each period is also mirrored in specific social organization forms and generated truly complex socio-technological systems that often are still coexisting now.

Unlike other parts of the world, today the galerias filtrantes (seeping galleries) of Tehuacan are kept operational thanks to the hard work of farmers' water societies. Today, some 225 registered seeping galleries provide 170 million cubic meters of water for irrigation, managed by well-structured water and canal societies. (Figure 3)

In 1980, with the belief that villagers had to cooperate more to solve their own water needs - instead of petitioning and waiting for the (always postponed) government support - a civil association launched the program called Agua para Siempre! (‘Water Forever!’). Since then, over 11,600 agroecological hydraulic works have been accomplished. In 1999, it was decided to establish the water museum Agua para Siempre in order to preserve and promote indigenous water education and the farsighted customs and visions of using natural resources to manage the watershed. The water museum Agua para Siempre is active to protect groundwater by considering three basic principles: the empirical sound knowledge of the regional ecology; the socio-cultural organizational patterns rooted in the region; and the use of appropriate local technology for each ecological site and tributary watershed. (Figure 4)

While exhibiting and transmitting knowledge related to an ancient hydro-technology aimed to manage groundwater, the water museum Agua para Siempre also fosters its understanding through compared water history that belongs to humanity. The technology of seeping galleries (called qanats, foggaras, khettaras and kareses in Arabic) was developed in ancient Persia to extract groundwater since the 8th century BC. In 1521, when the Spaniards conquered Mexico, they also brought the hydro-technology of Arab origin that they inherited, in turn, from the Arab world and that was disseminated from the 8th to the 15th century AD in North Africa and Spain.