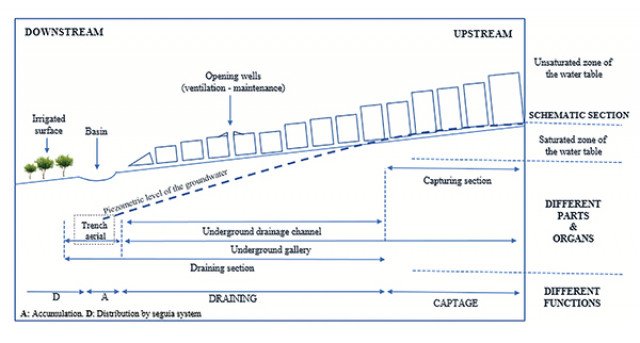 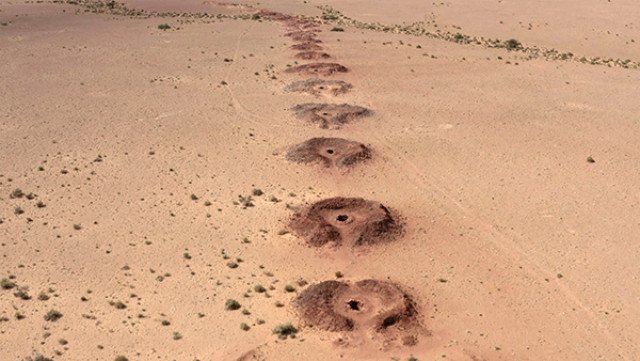 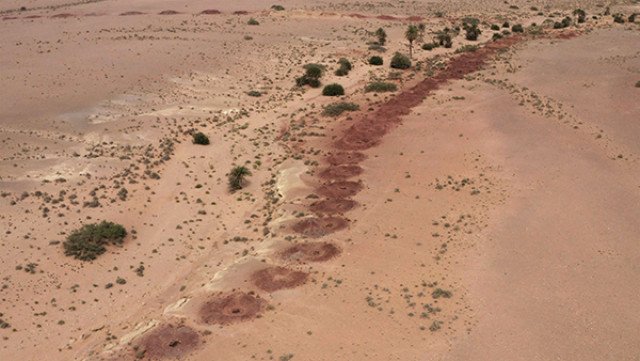 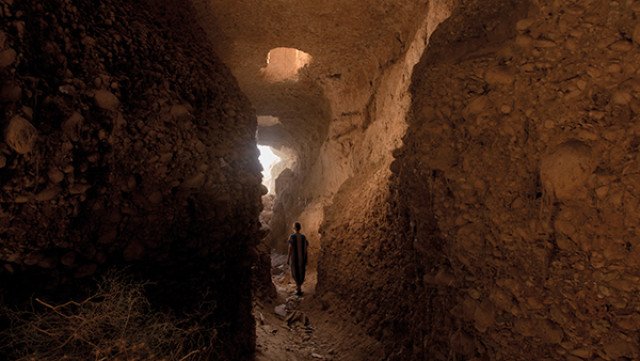 The System of Khettaras in Morocco, from the 10th Century to the Present Day

The System of Khettaras in Morocco, from the 10th Century to the Present Day

The khettaras, or draining galleries, have been for centuries ingenious systems for the most efficient and effective management of water resources in the arid regions of Morocco. Etymologically, the term khettara means "which makes water flow by gravity in small flows". The technique is ancient, described as a Persian invention that dates back to more than 2,500 years ago in the Almoravid era. In the Middle Ages, during the Islamic conquest, it spread throughout the southern Mediterranean. Since this system of managing groundwater required both skilled labor and well-maintained infrastructure for its smooth operation, its spread to wider regions was historically supported by the ingenious hydraulic science of the so-called Arab school.

The khettara system is not only an underground tunnel carrying water for irrigation, but also for drinking purpose. This traditional ancestral system of water drainage through galleries is built with a smooth gradient of about 1 to 2%. It’s a technique for collecting, extracting, and also generating (through thermal excursion) groundwater through a horizontal seeping tunnel that gathers groundwater upstream and, by gravity, facilitates its progressive flow to the desired exit point. The drained water is eventually piped into the open air and flows downstream through additional surface canals in order to irrigate the cultivated fields. The underground tunnels communicate with the surface through regularly dug and spaced wells that unmistakably mark desert areas and are clearly visible in aerial photographs. (Figures 1 and 2)

The technique of khettaras was imported in Morocco during the Islamic conquest in the Middle Ages. Near Marrakech, the traditional technique of collecting and managing groundwater through khettaras was introduced for the purpose of developing the plain of Haouz – a dry area where agro-pastoral activity was conducted in unfavorable climatic conditions. This hydraulic system was also introduced to avoid conflicts with the Berber people who occupied the neighboring mountain area. Thanks to constantly well-managed khettaras, for more than a thousand years the farmers of Haouz could use groundwater to irrigate crops at any time.

The management of khettaras is also related to symbolic and intangible values which have deep socio-cultural connotations. In Tafilalet, the people interviewed about the origins of local khettaras, place their foundations two centuries ago. Collective memory is evoked, and the mythical foundations of the community is attributed to the ancestral men who are today the head of important families’ lineages.

Past, present and future of the khettara system

The khettara system is an ingenious technique that has been used for centuries to manage successfully the problem of water scarcity for irrigation in the arid and semi-arid zones of Morocco and, more generally, of Maghreb and North Africa. In Morocco, the establishment of khettaras in the 10th century is linked to the city of Marrakech during the Almoravid period, under the reign of Youssef Ibn Tachfine. At that time, two large khettaras were built to supply drinking water to the different districts of the historical city. The Ain Baraka khettara was set up to supply the oldest urban centre and the artisanal districts of the city. This efficient hydraulic infrastructure could also supply the extension of new urban districts during the Almohad, Saadian and Alaouite periods. At the end of the 20th century, 650 khettaras were efficiently working in the Haouz plain and in the outskirts of the imperial city of Marrakech.

Today, this method of collecting groundwater is subject to severe constraints due to the overexploitation of aquifers and the dramatic succession of several years of drought. In Marrakech, the level of the water table has fallen sharply and today the khettaras are almost disappeared. However, during the water crisis that Morocco experienced between 1979 and 1985, the khettaras did not vanish completely. Small amounts of water are always flowing underground.

The return of substantial rainfalls between 2009 and 2013 on the south-eastern slopes of the High Atlas resulted in a consistent rise in groundwater levels and the return of substantial water flows to the khettaras. This, in turn, boosted the crops and the economy of oases. Today the khettara system still functions intermittently – as it strongly depends on rainfall. Artificial recharging of the alluvial aquifers along the wadis is one of the possible solutions to ensure the survival of this ancestral heritage, which nowadays has also been recognized as a historical legacy to be protected and valorized further. (Figures 3 and 4)

In order to enhance such an important heritage and keep this ancestral practice alive in Marrakech and in the southern regions of Morocco - such as the valleys of Draa, Tafilalt and Figuig - the rehabilitation of the main sites where the khettaras are located is urgent and necessary. Indeed, the sustainable development of arid and semi-arid areas affected by severe water stress seems more and more inextricably linked to the rehabilitation of ancestral hydraulic management systems. With the use of khettaras, the exploitation of water never exceeds the natural recharge of aquifers - and this prevents desertification showing remarkable affinities with the targets of the SDGs.