Goals, activities. Ecomuseum Martesana has been founded on the 6th May 2016.
Today Ecomuseo Martesana relies on 24 Municipalities, 1 Union among
4 Municipalities, more than 20 associations, 3 associations of second level which represent other 100 associations of first level, 4 school institutes, 4 stakeholders (commerce, agriculture) and other individual members.
“Water flows” This is the motto of Ecomuseo Martesana which underlines the particular status of a water museum. But it isn’t a proper water museum since it is a museum open to the territory where people live and work. Ecomuseum bears witness to the cultural identity and heritage of Naviglio Martesana. Ecomuseum isn’t fixed in a wall framework. It extends from the beginning of the canal (Naviglio Martesana) and ends where the canal ends. That is its pecularity. Ecomuseum isn’t a collection of objects. It moves out from the usual 4 walls and approaches the territory in a more dynamic way, reaching things, places, stories, people exactly where they are. Among its goals ecomuseum wants to influence the regional and local policy makers to carry on a policy of development of the territory. Ecomuseum involves all the local actors in the action of preserving a typical water landscape and helps them in managing its heritage through the observation and interpretation of the territory itself. Sharing responsibility in the heritage management is one of the main goals of the ecomuseum. In addition ecomuseum relies on a sort of treaty of community bound to welfare and correct use of the territorial resources embodied by the canal and everything which moves around it. Ecomuseum thinks, plans and acts supra municipalities to create a sharing structure to support a development out of the mere local administrative trends. Another important goal of the ecomuseum is how to transmit the water and territorial heritage to the future generations by acting in the respect of the environment and the habits of people.
Permanent communication through the social media is very important, too, as it connects different generations of people and levels of knowledge. School, as well, is an important incubator of new perception and awareness as it relies upon the teachers and starts from the first level of learning. We think collecting data is another important factor of success.

I think, after investigation, it is the first example of an ecomuseum devoted exclusively to water (Naviglio Martesana).

It’s an itinerary in a complete urban context, from the north east outskirts of Milano to the historic centre. The naviglio has been filled in at the end of the XIX and the first beginnings of the XX centuries. Now there’s a project of reopening the inner ring of the canal in Milan.

The itinerary continues following the canal and entering what was called, once a time, the Riviera di Parigi (the burgh of Gorla)

It’s a very suggestive context of villas (Riviera di Crescenzago) which accompanies the course of the canal as far as its meeting with the river Lambro.

This is the land of the welknown Gorgonzola cheese. Numerous watermills
were once operating along the secondary canals originated by the naviglio

This is the land of textile factories. It was the site for numerous villas of the Lombard nobility

The Naviglio Martesana relied its economy on the factories of what were called the Terre asciutte (dry lands) of the territory of Martesana. The factories exploited the hydraulic energy of the canal

This is the land of the great agricultural development of the areas just below the course of Naviglio Martesana. This land is characterized by food itineray (at km 0). 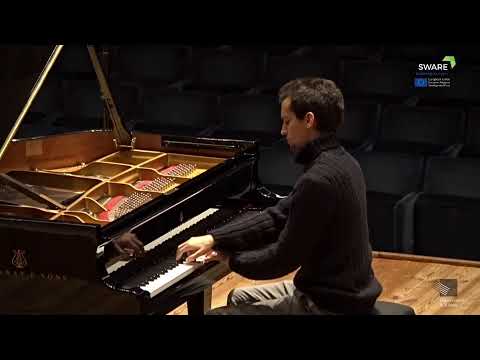 The waterway regions involved in SWARE Interreg 2014-2020 (Sustainable Heritage Management of Waterway Regions) all share unique natural and cultural heritage connected to water. All SWARE partners recognize that the socio-economic future of their waterway regions is depending on finding the synergies between preserving the cultural and natural values for the next generations and at the same time "opening the gates" to the economic value of a “green” leisure industry. What SWARE strives for is achieving a better balance between protection and sustainable exploitation of the valuable natural and cultural resources through improving the development programmes and policies of the partner regions, based on the transfer of good practices.

PLIS Martesana is a strategic objective of Metropolitan City of Milan referring to the area Adda (river) Martesana (canal). The idea of a park is very useful to protect the quality of water and the living conditions of the people who live and work in this area. The park is very useful, as well, to preserve the natural conditions of the habitat. Ecomuseo Martesana collaborates to this project for a harmonic development of the territory and the preservation of the quality of the environment.

This project (see the contents here below) is devoted to protect and maintain the quality of water and the standard of living through a didactic interpretation of its story. This way of exploring and representing the territory contributes to create a sort of platform which gives a certain sense to the places where people live and wish going on living.

The ecomusem and the map of community

The landscape and training of the (future) citizen.
Keywords: Living Landscape, Didactics, Learning.
It’s very important to start from the primary school to raise awareness in the future citizens of their daily framewortk (territorial context). That could be very useful to get over many prejudices and limitations. The map of community is a very simple didactic tool, among the others: a sort of a didactic orienteering tool suiting both the experience in the classroom (laboratories) and the work on the ground (fieldworks). The virtual rendering of the territory with its landscape, tangible and intangible heritage is a good and valid reflexing mirror of the reality.

Associazione Gorla Domani (Ecomuseo Martesana).
The representation of the whole territory of Naviglio Martesana.
The combination of elements such as places, things, people and memories is the cultural (living) landscape. The living landscape changes from day to day. It is always on movement as it changes in relationship with the moments and events strictly connected to the reality which is always mutable. Because of its continuous transformations, landscape becomes historic in a short time.That implies the need for a register suitable to read and, above all, interpretate these mutaments.

Municipio 2 Comune di Milano. A promenade along the Naviglio Martesana

An itinerary to explore 37 sites of heritage points of interest. Reflections on the territorial identity. There are numerous elements connected to the changing itself of the territorial context as there are alwaysnew mutable standard of livings directly deriving from the intermingling of old inhabitants and the new waves of immigration. The lack of identity comes out most times from the difficulty to mix the old elements with the new ones. The elements of the historical identity have to face the new oncoming ones which have some difficulty in adapting or becoming prevalent. Finally the result of this research in a urban context sounds as a genuine reflection on the territory itself and its identity.

Community takes care of its territory not just as a physical surface, but as a complex stratification of environmental, cultural, social elements. Knowledge is the first step to start the revitalizaztion of Naviglio Martesana and its surroundings to the benefits of a dynamic, and sustainable use of the territorial resources.

Ecomuseo Martesana feels the today need to re-create the relationship with environment and traditions and to re-connect the present water heritage with the past one. Ecomuseum wants, this way, to give its own contribution to create a Map Road of the Naviglio Martesana for the conservation and valorization of its heritage and water civilization. The revitalization of both of them, through knowledge will be useful to share moments of life and historical aspects of the water heritage. Sharing feelings of identity and domestic rhythms of the everyday life, is a process of real participation and living memory.

Ecomuseo Martesana has been inserted into the European Project SWARE (Sustainable Heritage Management of Water Regions) Interreg 2014/2020. All the European partners have assumed the ecomuseum formula as the first and useful step to start a process of management of the water heritage of the lombard canals (sistema navigli) and creation of green jobs.