Inauguration of a well that draws groundwater for Venice aqueduct, Sant'Ambrogio (Padua), 1984

Excavations for construction of the main cistern for collecting water, Sant'Andrea (Venice), 1882

Construction of the main cistern for collecting water, Sant'Andrea (Venice), 1882

Panels with photos and documents in the Museum, Sant'Andrea (Venice), 2017

You are visiting: Network / Europe / The Aqueduct Museum of Venice / VERITAS, Venice, Italy

The Aqueduct Museum of Venice is settled and can be visited inside what used to be a monastery, which currently houses a central water supply with pumps and systems that carry water to Venice and its island.
The Museum provides the story of Venice water supply. There are pictures witnessing the aqueduct building process, land supply and purchase contracts, blueprints and drawings for the enlargement of the network, a collection of counters from every age, in addition to old engines that used to provide pressure to the network.
Venice is a peculiar city: it floats on water but doesn’t have drinking water. That’s why citizens had to invent new systems to collect and store drinking water, such as the well-head, still visible in the city centre.
Under the well-head, there was an insulated tank made with clay, which used to be filled on a regular basis with rainy water. Public well used to be protected in order to avoid people to steal water, even though rich people had their own well.
Nevertheless, the quality of water – that in Venice was very poor, even though the city used to be one of the most powerful and populated cities of Europe in the Middle Ages – fell dramatically after plagues and epidemic.
Consequently, the authorities decided that the only source of water for wells had to be the Brenta river.

In 1874 the Municipality decided to build a public aqueduct, taking water from some pristine water wells in Trebaseleghe (Pd); the very same groundwater sources that still today provide water to Venice. It was on June 23rd, 1884 when, for the first time, water from a fountain set up in Saint Mark’s square gushed out, coming from the public aqueduct. At first, the aqueduct provided water to wells, public fountains, and few other private properties, although some years later also the islands of Murano, Giudecca and Lido were provided with this service. The 1920s marked a real change for the functioning of the aqueduct, which began to acquire the actual shape. As a matter of fact, nowadays it has a network that includes more than 5.000 km, serving almost a million between private citizens and companies. 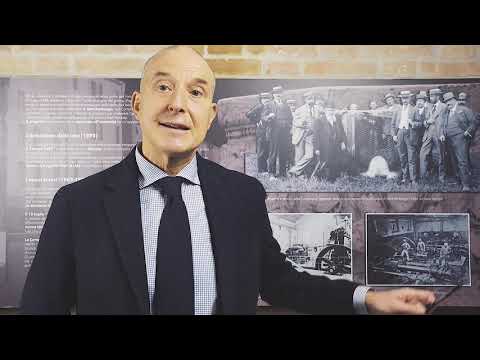 History of the Aqueduct Museum of Venice / Veritas