The Opificio delle Acque – Documentary and Educational Centre is located in Bologna city center, inside a former tannery built straddling the Reno canal. The building currently houses the seat of Canali di Bologna, which gathers the Consortia of canals of Reno and Savena. These institutions are heirs of the ancient organizations that since the 13th century have governed over the artificial network of canals located in Bologna’s territory. The artificial system was realized to bring water to the medieval city of Bologna, which is located far away from natural watercourses.

In fact the River Reno and the Stream Savena are positioned at a distance of about 6 km from the city center. Since the 12th century water has been deviated from both watercourses in order to supply the city for industrial purposes, generating energy for the machinery that made Bologna one of the richest cities in Europe. The artificial water system nowadays has become the main element to preserve the hydro geological balance of Bologna’s area, preventing the risk of flooding and granting water even in drought periods. Canali di Bologna decided to use part of its headquarters for an educational and documentary center in order to raise awareness of this water heritage and to avoid forgetting that Bologna was, and still is, a city of water.

Inside the center the historical events of the former tannery are illustrated through the reconstruction of plants and machinery once used for the leather tanning process. In the central room a large water wheel has been reconstructed as it was in the 18th century, when it actioned a millstone that grinded gall and bark. In the same room a scale model of the building shows all the tools, the tanks and the materials helpful to the work phases. The underground floor houses traces and industrial artifacts telling the more recent history of the factory. At the end of the 18th century the Rizzoli, Bologna’s Orthopedic Institute, asked for the right to install two turbines to generate power to fuel the very first X-ray rooms that operated in Italy, the plant worked until year 1926. The former seats of the turbines are visible on the paving through round glass slabs. They currently stand as a rare evidence of our industrial heritage.

“HIDDEN CANALS in Bologna in the twentieth century” is an exhibition dedicated to the transformations of the north-western area of Bologna, for centuries characterized by uncovered canals and factories that used water for various production activities.

Maria Cecilia Ugolini and Stefano Pezzoli, exhibition’s curators, have collected more than 80 pictures preserved in the photographic collections of the Cineteca di Bologna, the Municipal Library of the Archiginnasio, the Art and History Collections of the Cassa di Risparmio Foundation in Bologna, and in some private archives, in order to reconstruct the most significant phases of the interventions to cover urban canals during the twentieth century.

The exhibition itinerary, divided into two sections in chronological order, recomposes the stages followed by the Municipality of Bologna to implement the Town Plan of 1889 and the urban transformations which, before and after the last war, hid much of the hydraulic system of the Reno Canal.

The dam was built along the course of the Reno river and deviates a part of the river’s water into a canal of the same name, which has in turn contributed in large part to Bologna’s economic fortunes and defensive waterworks from the Middle Ages to the present day.

The dam and related waterworks are the expression of a paleo-industrial technology having an immense impact on the infrastructure and landscape and are considered one of the most interesting and significant sites of “water archaeology” in Europe.

link to the web page: https://www.canalidibologna.it/en/chiusa-di-casalecchio-di-reno.php

The Scaletta, San Luca and Verocchio spillways are part of the waterworks connected to the Casalecchio Dam and are necessary for managing water flow and cleaning the Reno canal. They were therefore fundamental for the economic development of Bologna in the late Middle Ages and are still very important today for granting the city’s water safety.

During the visit it will be possible to walk its full length, suspended between the canal and the river.

link to the web page: https://www.canalidibologna.it/en/paraporti-scaletta-san-luca-e-verocchio.php 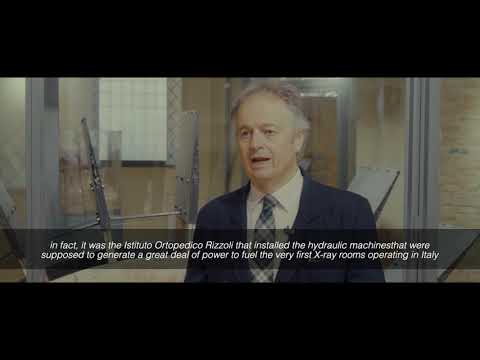 Mr. Fabio Marchi, Secretary of Canali di Bologna, explains the anomalous case of Bologna that, despite its distance from a natural watercourse, became a city of water.