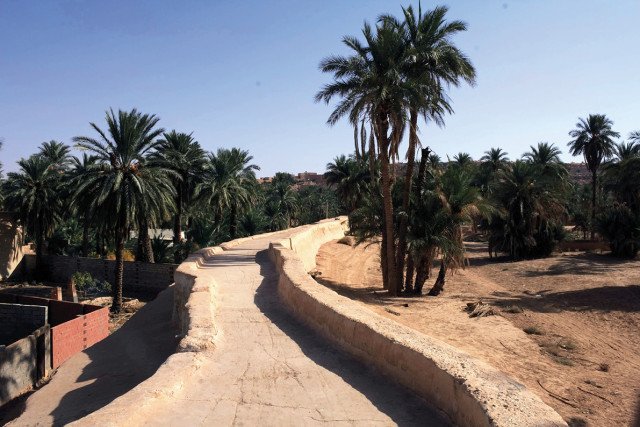 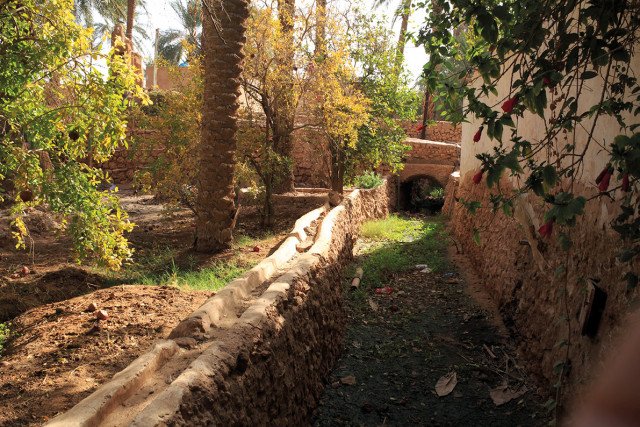 Fig. 2 - The surface and groundwater irrigation network. The channel width is proportional to the water flow. Photo: Farah Hamamouche. 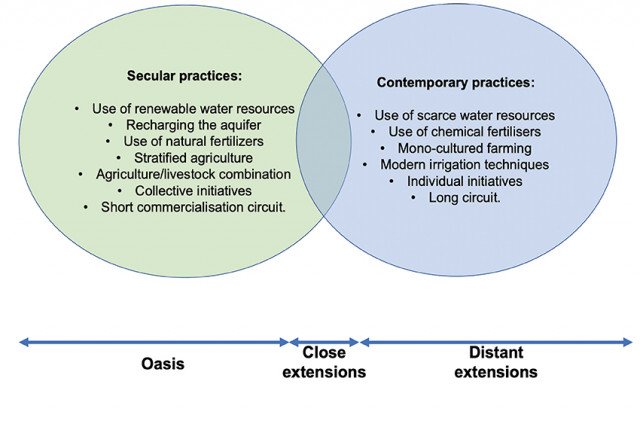 Fig. 3 - Differences in agricultural and irrigation practices between modern extensions and ancient oases that apply the principle of circularity. Source: Saidani et al., 2022. 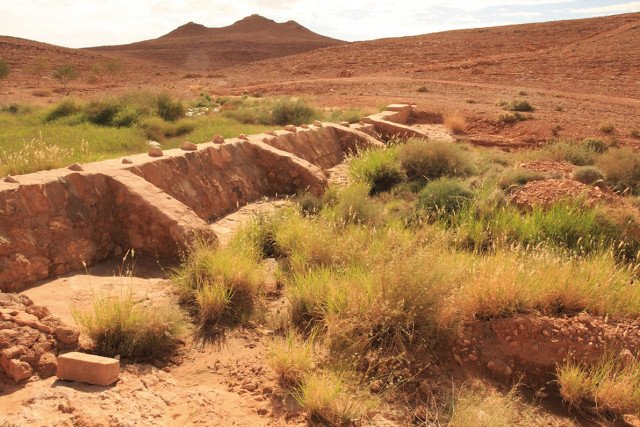 Re-adapting the Circular Irrigation System of Oases in the M’zab Valley, Algeria

The oasis: a paradigmatic model for sustainable irrigation and agriculture

The emergence and sustainability of life in the desert oases, which have obviously undergone many changes and adaptations over time, have always been closely associated with careful management of the available water resources. In this respect, the M’zab valley certainly represents an exceptional heritage: for this reason,  it was inscribed on the UNESCO World Heritage List in 1982.

The pioneers of the Ibadite faith, one of the currents of Islam practiced by a minority of Muslims, gradually settled in the wadi of the M'zab Valley from the 11th century onwards. Here they built five ksour (fortified cities) along the M'zab wadi and its main tributaries. To make the best use of scarce water resources, they conceived and built an ingenious water recharge system. This system was aimed to capture surface water from the hydrological cycle (up to 3 annual flash floods and local runoff) and divert it in local loops for human use. (Figures 1 and 2)

The circularity of such an ingenious practice is materialized by a set of hydraulic structures for transport (seguia, canals and tunnels), resource sharing (distributors, dikes, water intakes), and storage of surface water in the aquifer (dikes, dams, and catchment wells). The open wells are shared by different users to guarantee moderate use of stored groundwater. The functioning and maintenance of these infrastructures have been overseen by ancestral social institutions whose control was under the responsibility of the Umana El Sayel (plural of Amine Essayel - which means ‘protector of water’). This is a customary organization operating under the aegis of the mosque. Its main role was and is to lead the community-managed irrigation system, preserve the oasis, and resolve conflicts over water and land. (Figure 3)

However, the circularity of the oasis system is not only limited to water. It underlays the organization of other activities such as agricultural production, waste and energy management. For example, in terms of recycling and re-using local resources, it consisted in the use of animal manure and slurry used as fertilizer, or in the form of compost, with the use of dry toilets to recover composted human excrement and amend the soil. Also, it included the recovery of crop residues for use as firewood or palm trees for construction, and agricultural by-products for use as livestock feed and energy (mainly animal traction).

On the outskirts of the ancient oases, new agricultural lands were created by the state from the 1980s onwards with the aim of favoring an entrepreneurial agriculture inspired by an agro-industrial model which is based on the exploitation of groundwater and the use of chemicals. Most of modern extensions are located in the wadi beds to use flood waters. These practices are developed in the Algerian Sahara by investors not originating from the region and whose main interest is economic profit.

The native farmers of the oases, being aware that this new agricultural model is incompatible with the traditional agro-system of oases, have been forced to adapt and develop a different farming model. They are now combining a variety of practices, inspired both by the ancient know-how of oases and most recent technological innovations. (Figure 4)

For instance, by farming in three stages associated with livestock rearing they take up the practices of ancient oases and show exemplary adaptability to the rigors of the environment (rugged relief, rocky soil and arid climate). Also, by applying the concepts of permaculture and agro-ecology – as an alternative to the intensive use of chemicals, they demonstrate a careful design and management of productive agricultural systems. At the same time, they have introduced water-saving irrigation techniques such as drip irrigation and also exogenous crops with low water consumption and high economic potential, such as saffron and olive trees. In most cases, like their ancestors, today’s farmers of the ancient oases do not impose their needs on nature. On the contrary, they try to understand it - while respecting the fragile balance between human needs and the fragile local resources.

The development of new agro-industrial practices created an increased competition over the water resource between different agricultural models and concepts of using water. The main challenge for the future is the sharing of water between upstream farmers (the modern extensions) and downstream (the old oasis). At first glance, this may seem an unequal battle. Upstream farmers have the priority in access to water and are established on relatively large landholdings with profitable farming systems, while the ancient palm groves have suffered from urbanization, land fragmentation, and social disruption.

And yet, while inspiring other farmers in the region with a more environmentally friendly model (when compared to agro-industrial imperatives), the system based on the ancestral water culture highlights a good practice that should be promoted further to foster a more farsighted development paradigm aimed at facing desertification and climate change.