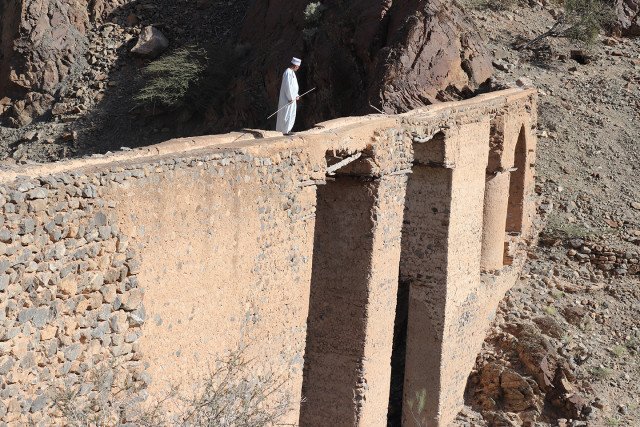 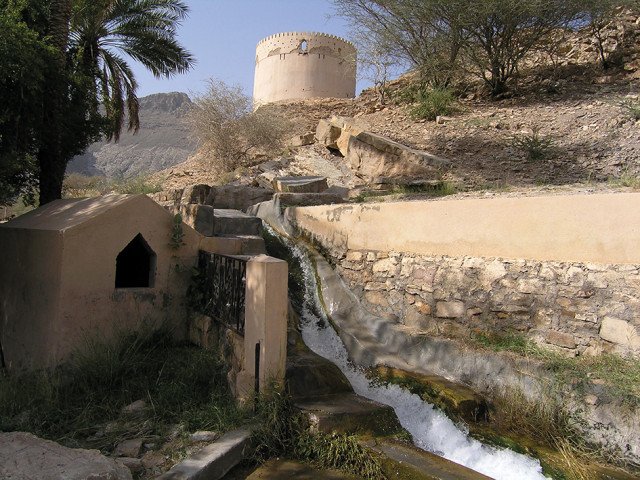 Fig. 2: The Al-Khutmain in Birkat al-Mouz falaj is connected to a historical tank built for charity goals and to quench thirsty travelers. Copyright: University of Nizwa. 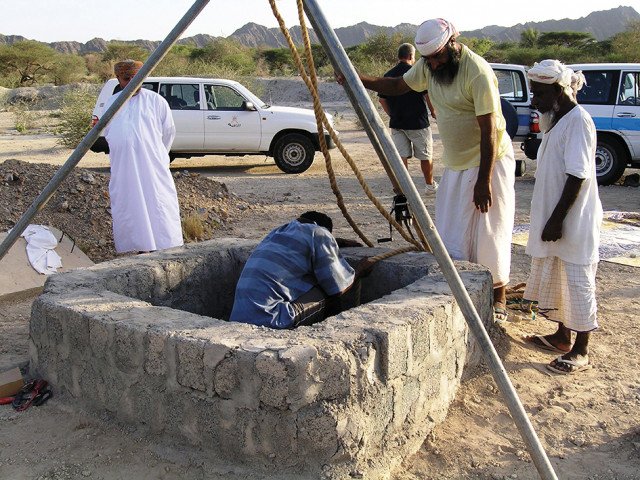 Fig. 3: Maintenance of the mother-well of the Daris falaj in Nizwa (World Heritage list of UNESCO). Copyright: University of Nizwa. 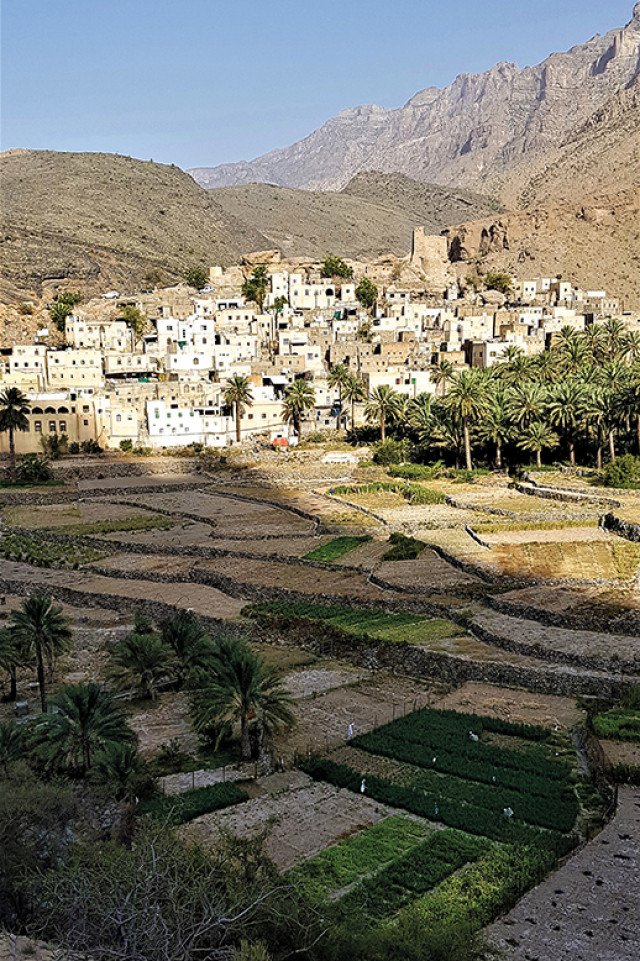 Definition and typology of the aflaj system

The falaj (plural: aflaj) is a gently sloping subterranean tunnel, or open channel, that drains out groundwater or valley runoffs and conveys it to farmlands in rural Oman. This traditional water mining system has proved to be the most crucial water source in many parts of Oman over the past millennia. There is still a controversy about the origin of falaj, but it’s most likely that it came into existence as a collective social response to climate change when Oman experienced a dramatic decline in precipitations and many ancient communities shifted accordingly their water management practices from disappearing surface streams to groundwater.

The Bronze Age was characterized by a different climate in Oman. In that time, water resources were abundant compared to the following periods. It seems that even a kind of rain-fed agriculture was possible. In the archaeological site of Salut, some shallow open ditches have been unearthed, which suggest that the Bronze Age dwellers had a permanent access to a surface stream running down the valley.

In the late Bronze Age, the emergence of the cut-and-cover tunnels bears witness to an overall decrease in water resources, which led the local communities adopting such a technique to tap water at lower levels. Around 2,450 BC, when the region’s precipitation had a downward trend, the first tunnels of this kind came into existence. Radiocarbon dating in a tunnel in Wadi Khuwaybah shows that a cut-and-cover tunnel enabled the Bronze Age farmers to extract even a small flow at the bottom of a valley.

The aflaj irrigation system of Oman is a World Heritage site since 2006. All falaj systems fall into three groups according to the origin of water sources: iddi falaj, ayni falaj and ghaili falaj. Iddi (or dawoodi) falaj, is characterized by a relatively long and deep tunnel that has been dug through the layers of sediment to drain out the groundwater seeping into the tunnel. A combination of drainage tunnels and wells create a structure that bears a close resemblance to the Iranian qanats. Ayni falaj transfers the water of the natural springs that usually take place in mountainous areas. Ghaili falaj is of vital importance to the sustainability of human settlements in the valleys, or wadi. This type of falaj gets its water from a surface stream that meanders down a valley. Each village builds a small dam, named qabīl/hiyaa, that diverts a given portion of the stream and takes it into a canal, or an underground tunnel, leading to their farmlands. (Figures 1 and 2)

The aflaj: a knowledge system fostering people's awareness of farsighted water use

What marks falaj out as a precious heritage is not only its role for sustainable water supply in a desertic region, but also its contribution to the social and cultural fabric of Oman. Centuries of local people’s endeavor to find solutions to a variety of problems faced while digging and maintaining their aflaj, enabled them to better adapt to drier and harsher environments.

Falaj is seemingly a simple hand-dug tunnel that collects groundwater seepage, but the constructions and maintenance of this tunnel demands a high level of knowledge that has been shaped over centuries and handed down from generation to generation. This traditional technique paved the way for local communities to develop a special awareness towards their natural environment and cultural heritage. (Figure 3)

Falaj is an extended hydraulic system that may stretch tens of kilometers, spanning different areas with various geological and botanical conditions that require specific knowledge and know-how for their management. Relying on such hydraulic systems, local communities came across different issues in terms of water quality, ownership, social management of the resource, underground exploration, soil crumbling, and workers’ security. Similar challenges have been solved thanks to empirical, technical and truly holistic know-how embedded with deep environmental knowledge.

Falaj confronted traditional communities with many questions. They had to ask, for example, why water quality differs from one falaj to another; why some types of soil are more prone to collapse; why groundwater level fluctuates from time to time; how a worker can find its way underground while digging a tunnel from one well to another; or how a falaj should be managed to prevent any conflict over its water shares.

Although similar questions are typical of the falaj technical management, they refer to wider disciplines ranging from geology to hydraulic engineering and involve complex social and institutional settings. Indeed, the management of falaj relies on many different fields of knowledge and, above all, requires a multidisciplinary vision for effective management.

The aflaj system highlights a high level of social consensus and convergence which are manifest in every aspect of people’s life in traditional communities. For this reason, the potential loss of the falaj knowledge also undermines social cohesion - and may cause potential massive migration from rural to urban areas. (Figure 4)