The Water Museum of Venice aims to assemble the most significant attributes of the rich but often fragmented heritage of the Water Civilizations’ of the Tre Venezie (“three Venices”): this rich “liquid heritage” is now made available through an innovative platform, which is aiming to facilitate the mapping and the visit of a number of valuable sites related to the Venetian history of water.

The Ecomuseum Martesana has been founded on the 6th May 2016.

“Water flows”: this is the motto of Ecomuseo Martesana which underlines the particular status of a water museum. But it isn’t a proper water museum since it is a museum open to the territory where people live and work. Ecomuseum bears witness to the cultural identity and heritage of Naviglio Martesana. Ecomuseum isn’t fixed in a wall framework. It extends from the beginning of the canal (Naviglio Martesana) and ends where the canal ends. That is its peculiarity. Ecomuseum isn’t a collection of objects. It moves out from the usual 4 walls and approaches the territory in a more dynamic way, reaching things, places, stories, people exactly where they are. Among its goals ecomuseum wants to influence the regional and local policy makers to carry on a policy of development of the territory. Ecomuseum involves all the local actors in the action of preserving a typical water landscape and helps them in managing its heritage through the observation and interpretation of the territory itself. Sharing responsibility in the heritage management is one of the main goals of the ecomuseum. In addition, the ecomuseum relies on a sort of treaty of community bound to welfare and correct use of the territorial resources embodied by the canal and everything which moves around it. Ecomuseum thinks, plans and acts supra municipalities to create a sharing structure to support a development out of the mere local administrative trends. Another important goal of the ecomuseum is to transmit the water and territorial heritage to the future generations by acting in the respect of the environment and the habits of people.

Permanent communication through the social media is very important, too, as it connects different generations of people and levels of knowledge. School, as well, is an important incubator of new perception and awareness as it relies upon the teachers and starts from the first level of learning. We think collecting data is another important factor of success.

Protection of public fountains and water, sustainable development and recycling are the key words of this project that is inaugurated in Treviso, “city of water”. An initiative of national significance: building a network between the Italian cities of the fountains, to enhance the good, controlled, economic and non-waste water.

The project organized within the European project YouInHerit, involves youths in the realization of 5 digital itineraries, to promote a slow tourism to discover the traditional Venetian boating – in view of a functional relaunch of the ancients jobs linked to this through new tourism promotion strategies.

The “Love Yuor River” is an educational project, with the consortium “Acque Risorgive”, involving schools in the municipalities of Padua, Venice and Treviso. Good river requalification practices and eco-sustainable development of the areas located along the local waterways are at the center of the project.

Love The Water in Your Tap

The “Love The Water in Your Tap” is an educational project with “Consiglio di Bacino Laguna di Venezia”. Through laboratories and guided tours in the purification and treatment plants, students learn the importance of water, today very often wasted or even poisoned, as if we had forgotten how this mysterious substance is precious.

The European Waterways Heritage (Eu.Wat.Her) project aims to promote knowledge and rehabilitation of the cultural heritage of minor waterways and historic canals in Europe. Its objective is to develop new opportunities for eco-tourism and outdoor recreation as a driver for sustainable development.

The video showed the inherited historical liquid streets in the mainland of Venice with a description of the Museum of River Navigation of Battaglia Terme, a small town of Battaglia, one of the most fascinating of inland Veneto. It was a commercial and strategic crossroads thanks to its position at the foot of the Euganean Hills, not far from the Lagoon (50 km), from Padua (13 km) and from the walled cities of Monselice and Este (respectively 7 and 16 km).

Eriberto Eulisse (Director of Civiltà dell’Acqua International Centre) explains the project “Venice’s Waterways: the Historic Network”. A project to promote sustainable tourism through digital itineraries along the historic waterways of Venice and a Global Network of Water Museums.

A Day on the River Bacchiglione

Up until the 1960s, many goods-carrying boats called burchi would have been seen transiting along the Bacchiglione River, headed to Venice, Padua and Battaglia Terme. Almost all the towns along the river had a harbor, taverns, stores and grocery shops. Here, a multitude of people who lived their lives in daily contact with the river, circulated: boatmen, horsemen (who pulled the boats using horses), innkeepers, traders, porters, smiths, fishermen, carpenters, and so on. Today, as our relationship with the environment has changed, so too has our perception of the rivers and their waters.

The peaceful waters of the Sile

The Sile is the most important resurgence river in Veneto. Over the centuries, the constant flow rate and relative tranquillity of its waters have favoured river transport and led to the construction of numerous mills and harbours. The landscape along its banks was characterized by intense productive, commercial and manufacturing activity.The fertile countryside of the Marca was the cereal store for rich and populous Venice, and its banks became the preferred destination of the Venetian aristocracy for summer vacations.

Ancient Crafts and Trades in the Venice’s mainland

The world of river navigation did not only consist of boatmen but comprised a whole series of professional figures, among whom: transporters, horsemen for pulling boats upstream, log drivers, gatekeepers, sand and gravel transporters, millers, and even innkeepers. Connected to all this of course was the world of boatbuilding, requiring very specific know-how that was more often than not jealously passed on from generation to generation as squeraroi (boat builders), caulkers (to make the boats water worthy) and makers of sails. This dynamic world strongly contrasted the more static one of farming. 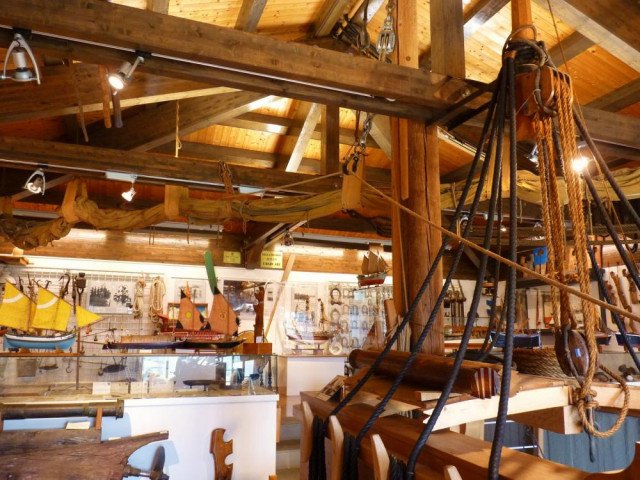 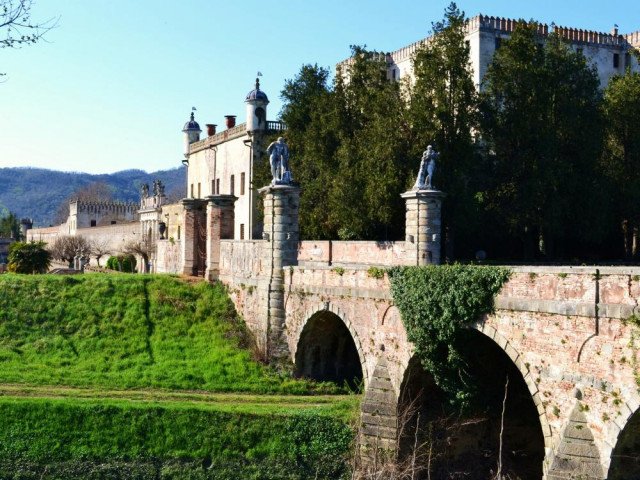 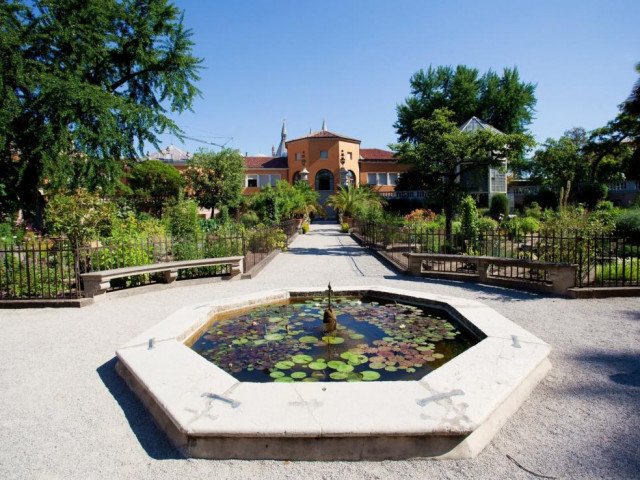 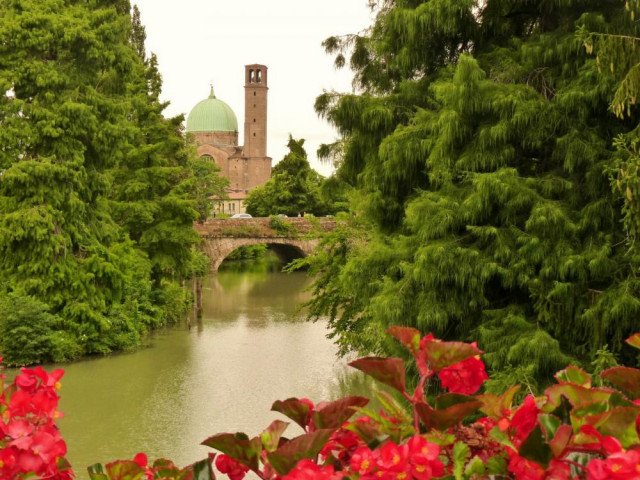 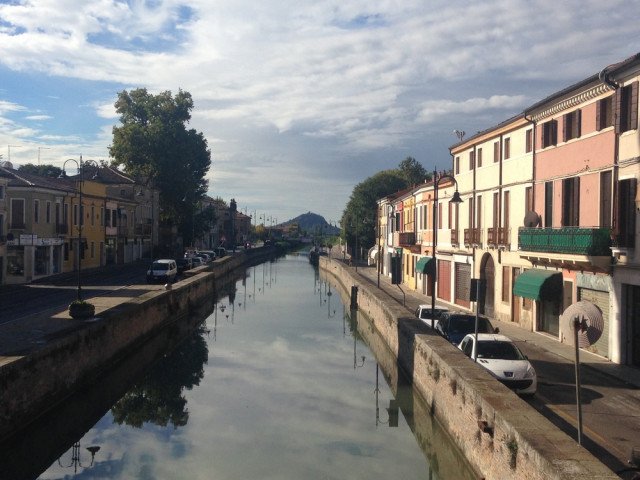 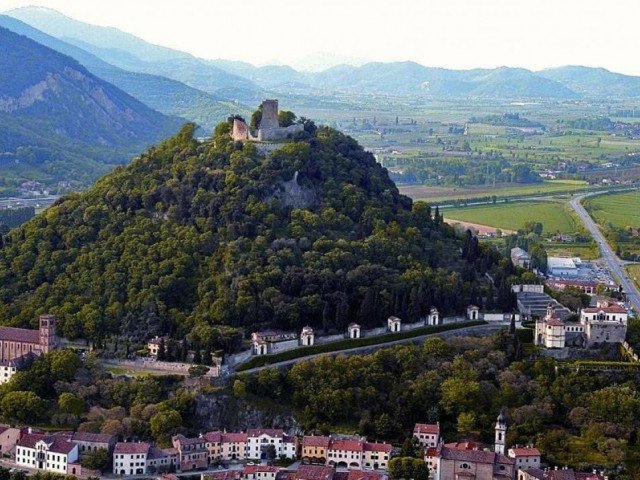